Climate Change and Forests: The Story of Vanishing Pines

Climate Change presents us with one of the most prevalent and dangerous challenges of our time. Its consequences will have a transforming impact on society in the twenty-first century.

Today we can already observe these threats materialize, with sea levels rising and the proliferation of heat waves. The global average surface temperature is ~1,1°C higher than in the pre-industrial period.

This changing climate, affecting all ecosystems globally, poses a serious threat to the future of European forests. Some tree species will migrate or face a significant decrease in suitable habitat areas. In the next 50 years, some tree species might completely disappear from parts of the continent. The ecological consequences of such changes will affect both forest management and nature conservation. 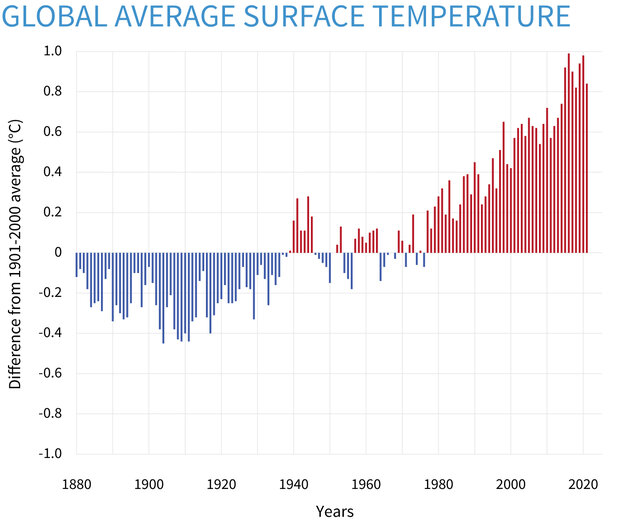 How does climate change affect forests?

Scientists argue that the most important threat connected with climate change is the transformation of major vegetation types. In the worst cases e.g. in southern Europe, the research suggests a widespread modification to the ecosystems — from forest to shrublands caused by the proliferation of drought events.

Threat to the European forests is but one of many potential outcomes of unmitigated warming of the planet. But such a shift in the local ecosystem can start a chain reaction affecting the biodiversity of the region, its economy, and people’s everyday lives.

Which trees are the most threatened by climate change?

The most common species of tree in Europe is the Scots pine (Pinus sylvestris), which produces more than 20% of all the timber in Europe. European forest ecosystems comprise at least 28 million hectares of pines. It is the most significant forest-forming species in Poland, covering nearly 60% of the country’s forest area.

Scots pine is, especially in northern  Europe, an economically important species. The pulp and paper industries, general building, furniture manufacturing, and furniture repair all benefit greatly from the wood’s strength and ease of use.

The Scots pine is a pioneer species, which means it is able to grow in a wide variety of habitat conditions. It is mostly restricted by low temperatures in the north and dry climate conditions in the south.

Can AI be used to tackle climate change? See how Computer Vision can be used to monitor shifts in ecosystems.

The pine will start to lose its climatic optimum because of changing climate not only in southern but also in central Europe. This means that as the climate warms up, the pines will start moving north, slowly disappearing from where it is present now. Under the pessimistic climate scenario (assuming a 2.6–4.8°C average temperature increase by 2100), the Scots pine will potentially be all but gone from southern and central Europe, with other species – often geographically alien to European ecosystems – taking its place and negatively impacting their new environments.

Scots pine will lose more than 50% of its current area in Europe under pessimistic climate scenarios.

Visualizing the future of European forests

As part of our Data for Good (D4G) initiative, we collaborated with the Institute of Dendrology of the Polish Academy of Sciences and built a data visualization application to show how different climate scenarios will affect European forests. It provides a sobering look into the future, where parts of the continent become uninhabitable for some tree species as shown by research.

YOLO – Learn how scientists are using object detection models to assess the health of Antarctic ecosystems.

How each tree species will respond to a changing climate

Depending on how different species respond, they were divided into three groups: 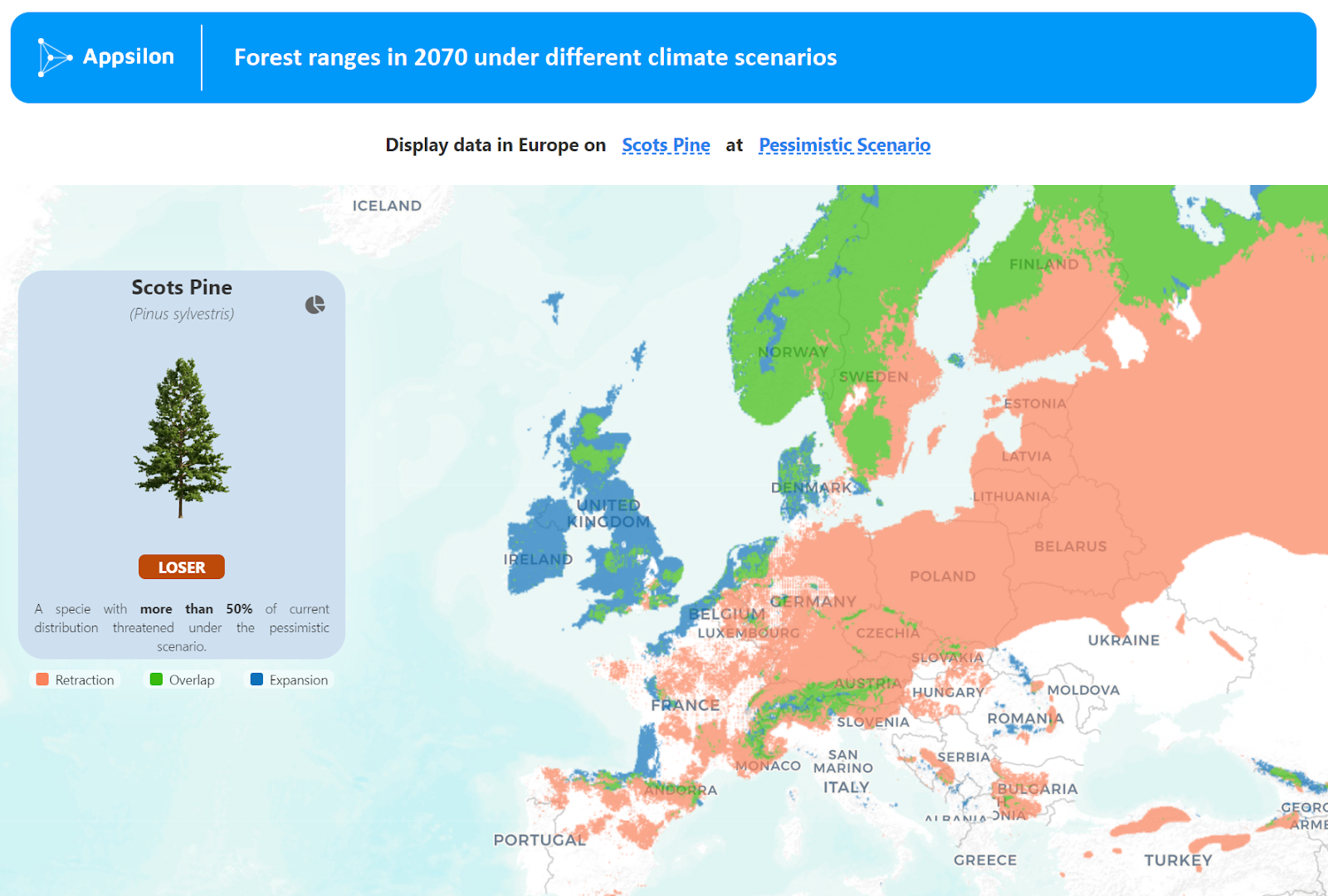 The change in the distribution of the Scots pine under projected dire climate conditions, as shown in the Future Forests dashboard; the dashboard was created by Appsilon in collaboration with scientists from the Polish Academy of Sciences.

The latest UNEP report shows that the window for avoiding catastrophic changes caused by global warming is closing fast and that national pledges from COP26 make a negligible difference to predicted 2030 emissions. According to the report, policies currently in place point to a 2.8°C temperature rise by the end of the century.

The time to act is now. By raising awareness of the impact climate change might have on European forests and the importance of trees in our fight against climate change, we want to motivate leaders and decision-makers to look for better ways to conserve the forests and save our planet.

You can explore the future of European forests in our Shiny App, built with love by Appsilon 💙.

Interview with an ML Expert: Climate Change, AI, and Making an Impact